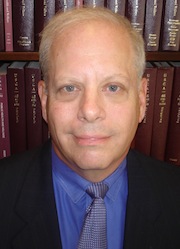 Andrew Lavoott Bluestone has been representing clients as a New York attorney since 1978. He has handled cases in almost every area of the law. Early on, he was an Assistant District Attorney in Brooklyn, and was the ADA on many trials there. He rose to Supervisor status.

After 6 years there, he entered private practice and did trial and litigation work for defense and plaintiffs personal injury, medical malpractice and general liability firms for another 5 years before opening his own office. He has been practicing law at the Woolworth Building in Manhattan ever since. Each day he writes a blog article about his specialty. His New York Attorney Malpractice Blog now has more than 3000 articles on legal malpractice.

Since 1989, he’s been working for plaintiffs in the very complicated area of legal malpractice. Legal malpractice can arise in any area where an attorney works for a client. It might be in personal injury, in commercial cases, in bankruptcy, in Family law, in Matrimonial law, in Estate cases, in Workers Compensation or in Patent work. The sad fact is that in any situation where an attorney represents clients, things can go wrong. Attorneys are human, and make mistakes. Sometimes these mistakes can be fixed and sometimes they cannot be fixed. If a client suffers from an attorney’s mistakes, his remedy is a legal malpractice case. Most attorneys have legal malpractice insurance, and there are methods of getting reasonable compensation for a wronged client.

He has handled cases in 20 of New York’s counties, from Manhattan to Buffalo. He’s familiar with all of New York State, having graduated from Alfred University in the bottom western part of New York, and then went to Psychology Graduate School in Oswego, and finally to Law School in Syracuse. He is admitted to the New York bar, to the Southern, Eastern and Northern Districts of the Federal Courts, to the Second Circuit Court of Appeals and to the US Supreme Court. He’s argued cases in all four of New York’s Appellate Divisions and at the New York Court of Appeals. He’s handled more than 60 appeals so far.

After practicing legal malpractice litigation for a number of years, Andrew Lavoott Bluestone was invited to apply for Board Certification*, which consists of an Oral and a Written Examination. Only attorneys who have the requisite number of years of experience, and the required number of trials are permitted to take the test.

Andrew has been included in Best Attorneys in America© since 2012. Best Lawyers® is based on a peer-review methodology designed to capture the consensus opinions of leading lawyers about the professional abilities of their colleagues within the same geographical area and legal practice area.

Since it was first published in 1983, Best Lawyers® has become universally regarded as the definitive guide to legal excellence. Best Lawyers lists are compiled based on an exhaustive peer-review evaluation. Over 79,000 leading attorneys globally are eligible to vote, and they have received more than 12 million votes to date on the legal abilities of other lawyers based on their specific practice areas around the world. For the 2016 Edition of The Best Lawyers in America©, 6.7 million votes were analyzed, which resulted in more than 55,000 leading lawyers being included in the new edition. Lawyers are not required or allowed to pay a fee to be listed; therefore inclusion in Best Lawyers is considered a singular honor. Corporate Counsel magazine has called Best Lawyers "the most respected referral list of attorneys in practice."

Association of Trial Lawyers of America